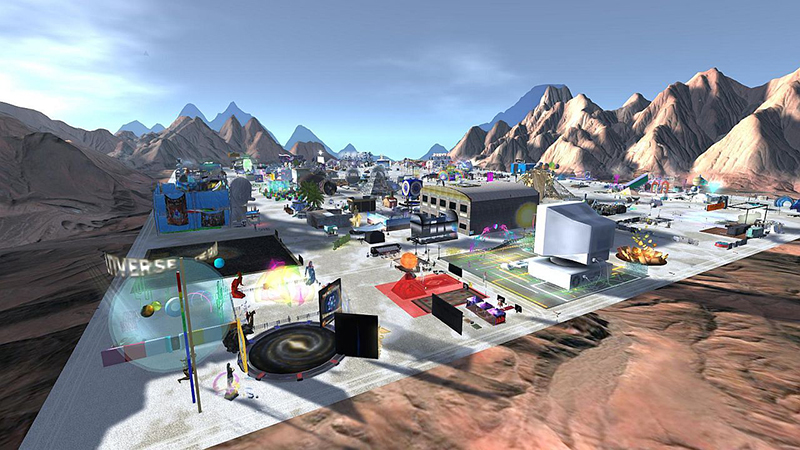 In our most recent episode of Designing Worlds, we visited Burn2 2020, the annual Second Life celebration and impromptu art festival that parallels the Burning Man festival usually held in the Black Rock Desert in Nevada every year.

Originally begun as “Burning Life” by Linden Lab, several of whom were “Burners” in real life, the community-run festival is now called Burn2 and is a fully authorised regional Burning Man event.

This year Burn2 has been particularly important as the real-life Burning Man festival was cancelled due to Covid-19 and instead has been held virtually, with Burn2 being the most extensive and longest-established. As a result there has been a significant influx of real-life Burners into Burn2, often bringing unique art exhibits and general zaniness with them.

In this feature-length episode we talk to organisers and exhibitors at this year’s Burn2, Supersuz, DJ Puddles, Fifi Oh, Holocluck Henley and Freia Guillaume.

We also visit some of the exhibits, and take a look at the philosophy behind the festival.