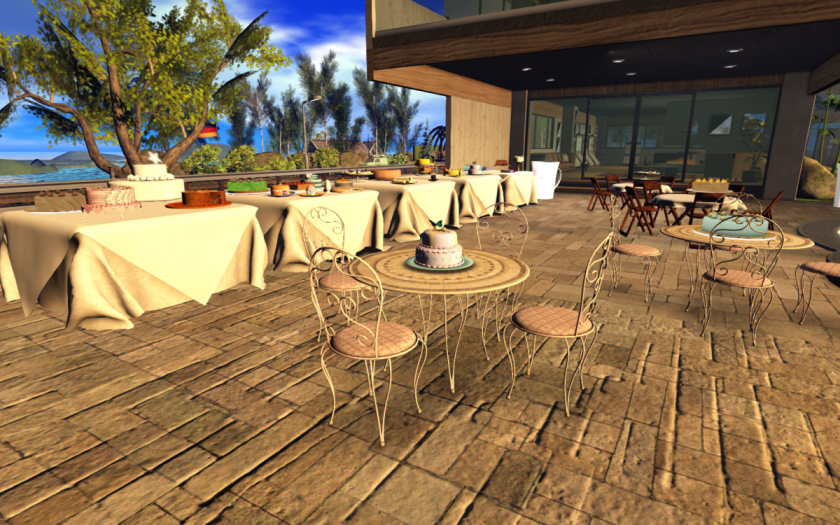 Thank you to everyone who supported Cake Against Cancer, the event that aids Macmillan Cancer Support’s Coffee Morning, the Biggest Coffee Morning in the World!

Macmillan Cancer Support is the UK’s leading charity offering support for people with cancer and the Coffee Morning is Macmillan’s biggest fundraising event, where they ask people across the UK to hold a coffee morning and raise money for people living with cancer. People bake cakes to sell at coffee mornings that they host at their homes, their places of work, their schools, colleges and universities … In 2017, Macmillan Coffee Mornings raised an amazing £27 million.

In Second Life this year, there were three events in support of this

Saffia also organised a small coffee morning at her office in real life. This raised £30, and there were three additional anonymous donations of £50, making a grand total of £186.22, or 124% of the target!

Saffia says: “This was a fantastic achievement, and a great event for everyone taking part. And we all came away with … mmmm … some yummy recipes!”

All the details are on the Prim Perfect’s Cakes Against Cancer 2018 page at JustGiving. And you can still add donations!