We’ve had a fascinating range of talks in the Theatre on Hope 3 in the first half of the Home and Garden Expo, and we’re now coming up to the final week, with some great interviews lined up.

Today, Friday 12th March, some of the Moles from the Linden Department for Public Works will be joining Saffia at 2pm SLT to talk about their work for Linden Lab with events, games and, of course, builds such as the continent of Bellisseria!

This will be livestreamed by Strawberry Linden at: https://youtu.be/Fv_7x0xq-Pg 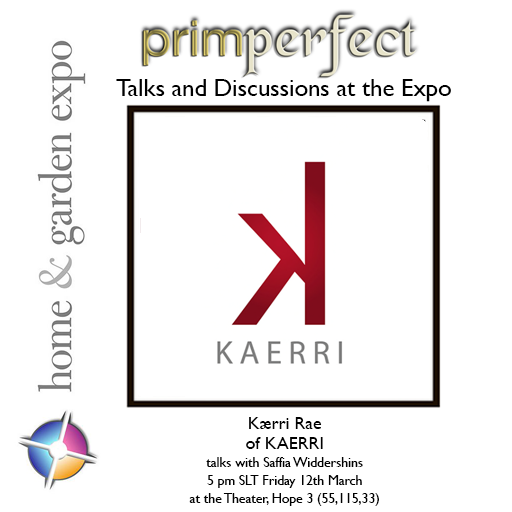 And later, at 5pm SLT, Saffia will be talking to Kaerri Rae, the owner of Kaerri – but also the organiser of this Home and Garden Expo!

On Saturday, March 13th at 5pm SLT, Annie aka Undercoverlady of Undercover Landscaping, will be talking to Saffia about her work.

On Sunday 14th March at 2pm SLT, Saffia will be talking to Fairylynn Whimsy & Krysta Ember, the people behind the immersive Digital Living System.

On Monday, March 15th at 5pm SLT, Cinders Vale will be talking to Sandi Glas of Glas Houses.

On Tuesday 16th March at 2pm SLT, a group of Bellisserian residents talking about their homes and lives, and the community of Bellisseria to Saffia Widdershins.

On Thursday March 18th at 2pm, Liz Wilner, Duchess of Trikassi in Rosehaven will be talking about The Making of the Annual Royal Ascot, a special event that raises funds for Relay for Life of Second Life.

On Friday, March 19th, Saffia will be talking to Corvi Ashdene about her store, The Dark Fae. 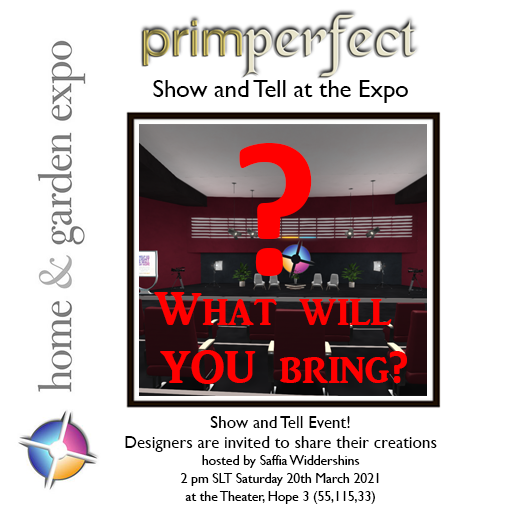 Finally, on Saturday March 20th, we’ll have a second Show and Tell session, where creators can bring their work and display and discuss it with the audience. These events are always very popular!